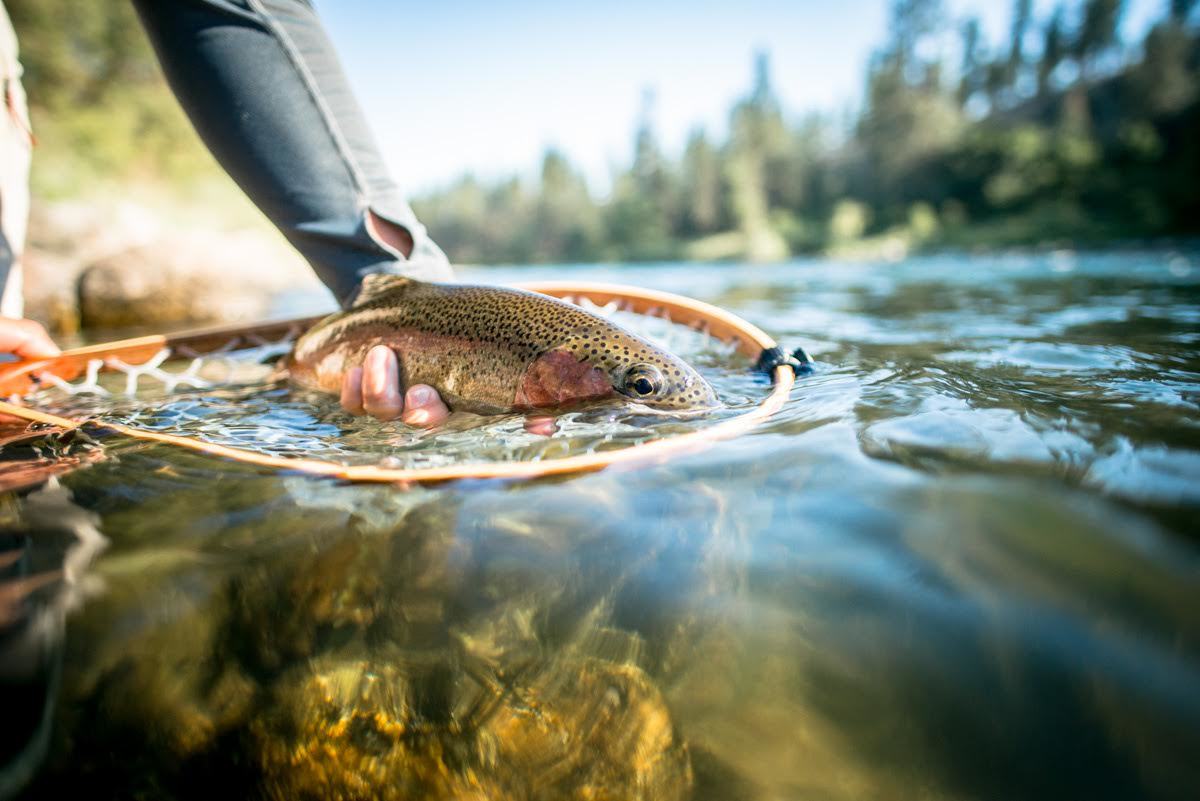 SPOKANE – The Washington Department of Fish and Wildlife (WDFW) reminds Lake Roosevelt anglers that new fishing rules are in effect to protect wild native redband rainbow trout on Lake Roosevelt and the Spokane and Sanpoil Arms of the 150-mile reservoir.

Anglers must now release any trout with an intact adipose fin in Lake Roosevelt from Grand Coulee Dam to the Little Dalles power line crossing. Only hatchery-produced trout, marked with a clipped adipose fin, can be retained. The daily catch limit is still five trout, not including kokanee. But there is no longer a limit on how many of those fish can exceed 20 inches, as is currently indicated in the WDFW fishing rules pamphlet.

The same new rule is in effect on the Spokane Arm and Sanpoil Arm of Lake Roosevelt.

In addition, from the Little Dalles power line crossing to the Canadian border, the daily catch limit is now only two trout (marked hatchery or unmarked wild), with a minimum size of 18 inches.

There is also an extended closure in sections of the Sanpoil Arm (listed as Sanpoil River in the pamphlet) of Lake Roosevelt, during redband rainbow trout staging, spawning and outmigration. The Sanpoil Arm will now open to fishing June 1, instead of April 1, with a daily limit of five hatchery-marked (clipped adipose fin) trout.

For the complete rule changes, see “Corrections to the pamphlet,” posted at http://wdfw.wa.gov/publications/01818/2016_fishing_regulation_errata.pdf

Chris Donley, fish program manager for WDFW’s eastern region, said 20 percent of the annual rainbow trout harvest on Lake Roosevelt has been wild redband rainbow trout. WDFW and tribal co-managers were concerned that the current harvest level – and the potential for increased harvest as the trout fishery continues to grow in popularity – would not be sustainable for the redband trout population.

“This rule change is intended to help ensure the presence of a healthy population of wild redband rainbow trout in Lake Roosevelt and its tributaries,” Donley said. “There will be minimal impact to the quality of the recreational trout fishing experience on the reservoir because there are 750,000 adipose-fin clipped triploid rainbow trout stocked annually. While anglers will have to release a few wild trout each season, there are plenty of harvestable fish available to make a fishing trip to Lake Roosevelt worth your while.”

Donley notes that wild native trout are becoming an increasingly rare commodity across the west. The rule change is a way for anglers to actively help protect the last remaining healthy population of wild redband trout in the upper Columbia River within the United States.